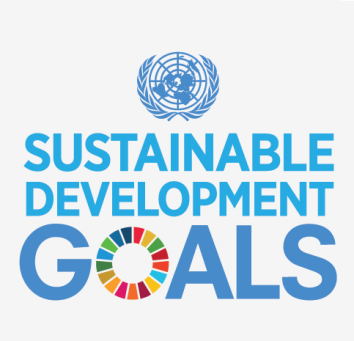 Sustainable Development Goals (SDG) is a set of goals defined by the United Nations (UN) under ‘Transforming our World-the 2030 Agenda for Sustainable Development’. It is a list of 17 goals with 169 targets that encompasses a wide range of issues that is relevant both to the developed and the developing world. The UN wishes to achieve these by the end of 2030 but realistically it would be happy if it achieves a few and makes significant progress on the rest just like the Millennium Development Goals (MDG) that was operational between 2000-2015.

How different is it to the Millennium Development Goals (MDGs)?

The SDGs are similar to the MDGs in terms of a few goals like Ending Global Poverty, Providing Education for all, Ensuring better health facilities and achieving gender equality. The common goals have a big focus on the under developed and developing economies. The big differentiation between the MDG and SDG is on the aspect of inclusiveness that SDG tries to bring in by including goals like reducing inequality within countries, ensure sustainable energy and take action to combat climate change. These are highly relevant to the developed world.

How can these help countries?

The SDGs are specific and have individual targets on which the progress can be measured and tracked. International organisations could use the benchmark performance indices of the countries against the goals in structuring development plans. It also helps countries and international organisations to link their proposed aid to the performance of the countries against the benchmarked targets. It creates a sense of accountability to the countries that receive aid. This significantly reduces the service and financial delivery gap that existed to an extent with the MDG.

The goal No. 1 continues to be Eradicating Poverty which in definition relates to the World Bank poverty limit which has been raised to $1.90/person/day up from $1.25. I personally believe this could be the key variable for countries to work around SDG because the poverty limit is highly country specific but it could be defined in a way, say $0.5 has to be spent on housing and $0.2 has to be spent on health. The SDG provides a vision statement and the governments could map them onto the local data in evaluating the existing gap and implementing policies to address them. Policies aimed at creating sustainable cities and communities shouldn’t drive the price beyond the reach of people at the poverty threshold i.e. sustainable housing shouldn’t cost $0.7 when the affordability is at $0.5. Likewise lack of medical policies will make people more sick and deprive them of an opportunity to earn, they would end up spending more than what they could afford. It is important to put a cost on every goal which will ensure inclusive sustainable development.

Overall, the Sustainable Development Goals are broad, inter-related and encompass a global vision. I believe there aren’t going to be a single /set of policy that enable a transformation to a sustainable economy. It is about a bigger idea and a vision that encompasses both the Government and the corporations for which the Sustainable Development Goals (SDG) is ideal. It has both the breadth and depth that is needed for the government and incorporates the criteria of ownership, internal-alignment, harmonization and accountability to create an impact in transitioning to a sustainable economy by 2030.