Electricity is one the key sectors of the Indian economy and with the emergence of non-fossil power plants unsettling the traditional businesses it was high time to have a comprehensive take on the subject, the recent economic survey tries to do just that. A chapter aptly titled ‘Climate Change, Sustainable Development and Energy’  is a clear indication that the electricity sector today has wider impact on the people than portrayed by the phrase ‘Bijli, Sadak, Pani‘ (Electricity, Road, Water).

The chapter on economic survey clearly brings out the Govt.’s objective to stick to its commitment to the Paris Agreement (Read more on India’s climate commitment). The chief economist goes on to say India will stick to its stand irrespective of what happens with the US’s stance on climate change.

Its been over two years since UN released its objectives for Sustainable Development and the 17 Sustainable Development Goals (Know more about SDGs) and India has produced the first review of the goals. As expected the emphasis is on SDG 7, “Ensure access to affordable, reliable, sustainable and modern energy for all”. Incidentally, SDGs also have 2030 as the target year like the Paris Agreement.

The narrative of the chapter is quite clear right from the start, justify the need to transition to Renewable Energy (RE) alternatives by stressing the benefits of climate change and sustainable development. A detailed analysis on the costs of energy and net benefits have been studied and presented in the study. A few of the analysis have been spot on like the one on anticipated RE penetration by 2027, a 43% of the grid total and getting better of coal.

The past year has been a clear indication that rapid deployment of solar power is possible with declining costs (highlighted below). (Solar bids: No more outliers)

The survey interestingly points out to the key factor that determines if a solar power development is really sustainable. I’m glad to be proved right, that the development costs of solar power is high considering land use is impacted especially if the plants are performing below their efficiencies (Read more: Is Solar Power Development Sustainable?) Survey points out the land requirement for solar is 10 times the requirement for coal plants, clearly a loss of opportunity cost.

As a surprise, in what looks to be a clear approach to show the net benefits of RE switch is not significant as thought, the economic survey throws up an analysis that points social costs of Renewables is three times that of coal but reduces as we progress to 2030.

Similarly an explanation is needed to justify the lack of accounting of actual costs of stranded assets in thermal power plants while the same has been well accounted for renewables. If there is a valid justification, calculations have to be made public for debate. 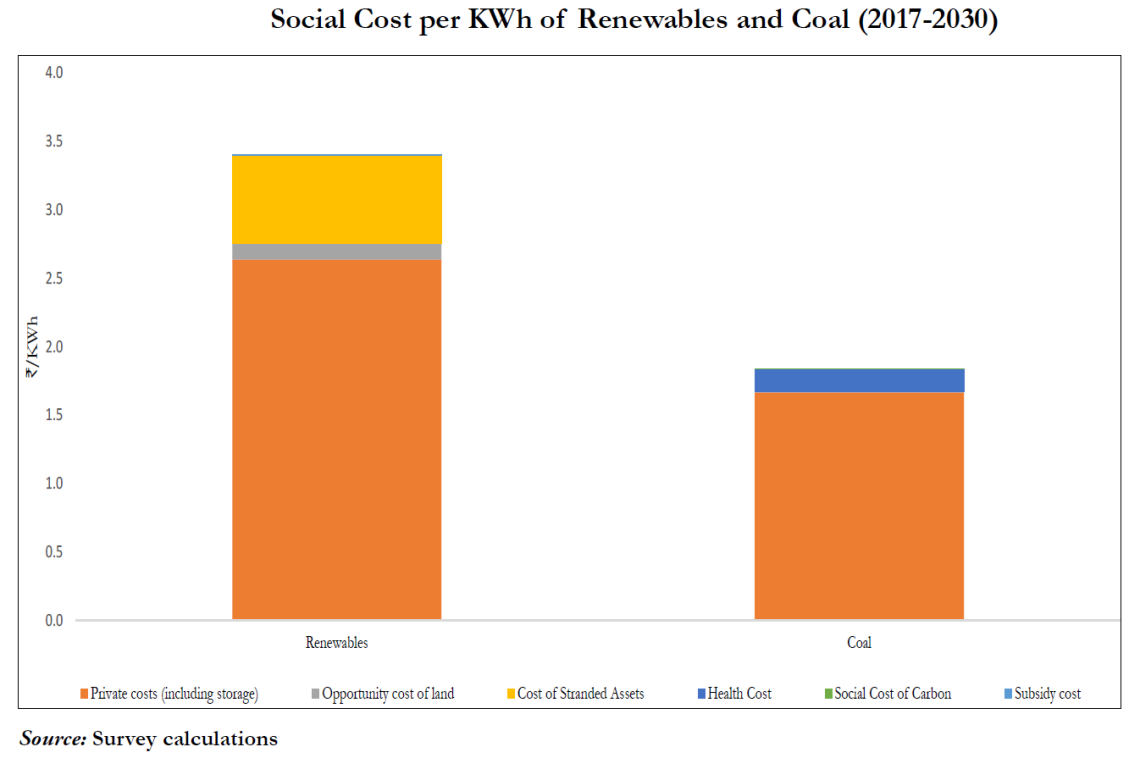 It is understandable that subsidies for RE have been high in the past and wind accounted for a major chunk considering the Generation Based Incentives (GBI) were in place until March 2017. How are the budget estimates for 2017-18 FY expected to be close to last year when the major financial incentive of GBI has been waived off? There have been no known policy announcement that can justify this estimate.

A topic that needs further debate considering that the new proposal of  Govt. is to use this fund for compensating states for the loss of revenues from GST implementation. I had earlier pointed out NCEEF allocation had to be re-looked considering its objectives (NCEEF: A review). The survey points out the NCEEF has been under utilized, no projects have been recommended by Inter Ministerial Group (IMG) to be funded from this corpus for the past two years. 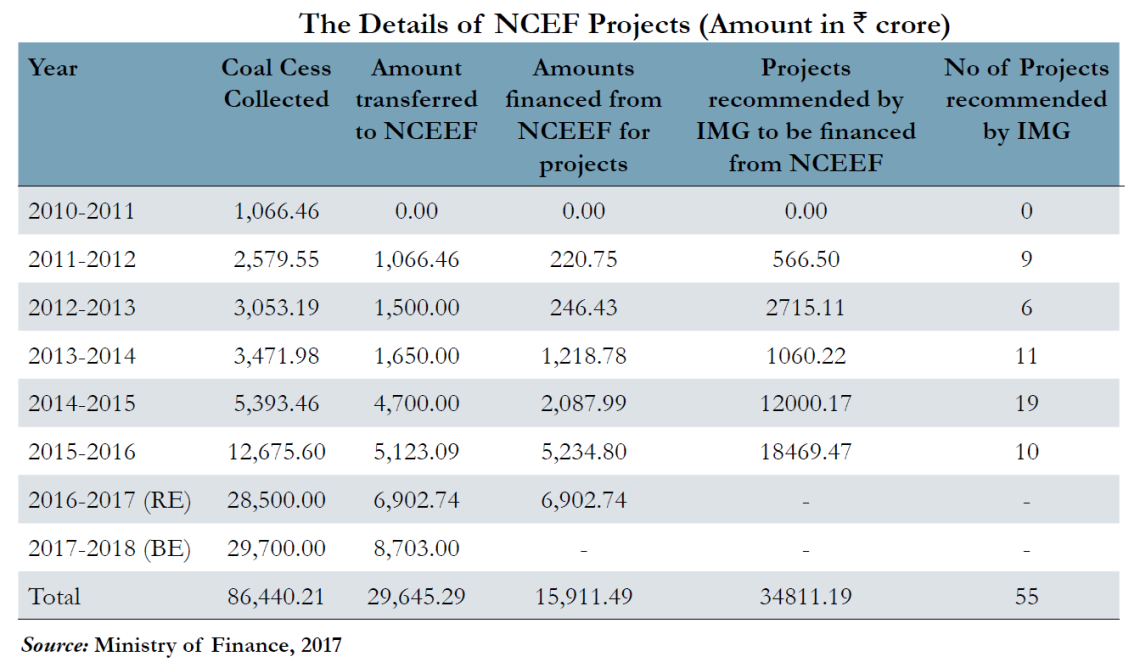 Overall, summaries from a few analysis are highly debatable especially related to social costs of renewable energy. But, the Economic Survey brings out the major topics for discussion in the public domain, a clear indication that the government is actively pursuing these policy objectives. The chief economist has promised to release all the data pertaining to the economic survey in public domain in due course and I’m looking forward to it.

On a personal note, I’m glad that a chapter in Economic Survey talks about Climate Change, Sustainable Development and Energy in the same breadth, the very topics I have been writing about in my website.