In the run-up leading to a record installation of wind and solar projects in India 2016 saw a slew of major announcements from the Government. One of the policies that received much fanfare was the announcement of Wind-Solar Hybrid policy. However, its been well over an year and yet there seems to be no final regulation on that front.

Following up on the announcement at the national level, Andhra Pradesh (AP) released its draft wind-solar hybrid policy in 2016. AP govt. went ahead with finer definitions of capacities and other functional modalities but, there is no update on the final policy yet. 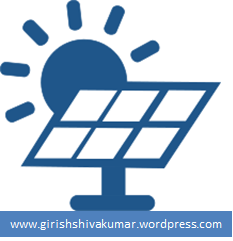 Another state, Gujarat,  released a draft version of wind-solar hybrid policy in early 2017 but is yet to be finalized. Gujarat, unlike AP lacked clarity even in the draft policy. The basic requirement of allowing wind and solar to use the same evacuation system was being challenged with metering allowed only at the pooled sub-station level. Globally, wind-solar hybrid projects have taken off pretty well (read more about a project by juwi). In India, NTPC has taken the lead role with a project ongoing near its thermal plant in Karnataka which was won by Siemens-Gamesa, 2MW wind and 1.37MW of solar. (Read more)

In order to enable large scale development of wind-solar hybrid projects, there is a need for clarity on the tariff (and metering) considering the recent low tariffs in India (More on solar tariffs in India). Power evacuation has to be on a common transmission line unlike the one proposed by Gujarat state. Its high time the regulators open up the forums for discussion on the draft policies and finalise the regulations, until then the hybrid projects are likely to stay grounded.